21. How Should I Compensate a Top Performer to Train Others

Reward your best team member(s) Abundantly, Fairly, & Safely for developing new team members, so you can focus on what you do best.

Reward your best team member(s) Abundantly, Fairly, & Safely for developing new team members, so you can focus on what you do best. 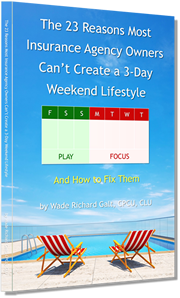 How should I compensate my top team member to train new team members? This is a question I get very often for insurance agency owners because they're concerned that if they overpay this person, the person might not continue selling. If they underpay this person, the person's production might go down and the new salespeople might not be able to sell and it could lead to a situation where the person leaves. So there's a few ways we can address this. The first thing is to check in with them as far as what their desires are.

Some people will say, I don't like training people. I just want to do my thing. Please don't make me train people. Well, that's kind of a pretty big hint that they don't want to. What you can still do is say, look, here's what I'll do.

What I'm going to ask you to do is train the new salespeople. Once I'm going to videotape you, I'm going to make that part of our internal training materials and content so it doesn't get outside. So it's our stuff, but new people can see it. And then every time somebody comes in, if that helps us, I'll give you a bonus on that. Or maybe I'll just say, hey, that's part of what you're doing so that you don't have to train new people and you go about and do your own thing.

On the other hand, person might say, you know what, I'd like to do that. I'm open to doing that. And you know that if they could really clone their abilities and help other people do what they're doing, that that could be worth a lot to the agency. Now I usually don't want to have somebody go from production to completely pure training and stopping production for a few reasons. Number one, sometimes they get rusty.

Number two, sometimes it means that they were kind of just giving you their best and they've been wanting to get out the whole time. And again, they might get out of their rhythm and not continue doing it. And number three, which actually probably is number one, is when they're training new team members, for the team members to believe them, they really have to be doing it. And so what I like to do is create a situation where you can tell the person, look, there's a few concerns you might have and let me first address these couple of ones and then after that I'll ask you. There's other concerns you have.

So the most common concern, first of all, is that they'll make less money. So what you can often do is use some sort of formula where you say, hey, look, I'm going to look at your last year and whatever was your best month bonus wise. I'll guarantee you that for this period of time while you're training these new people, once you've addressed that issue about their bonuses possibly going down, that'll handle it for most people on the other hand, some will say, no, I'm on an upward trajectory. I know my next month is going to be even bigger. So I need some sort of something that's going to make sure things work out better.

And this is what I would do in either situation. I'd say, look, what I'm going to do is, I realize that you're going to have to take away some of your time to train these new people, and I'm going to give you freedom as far as how you do the training. And again, I'll help you make some videos. And each time we do this with new people coming in, you can leverage those videos. But what I'm going to do is I'm also going to throw in something that acknowledges that, yes, I realized these people are going to be taking some of your time.

And so I could do something like this. And the numbers I'm going to share here are an example. You can make these smaller or bigger, but what I would do is say, let's say you're training three new team members because I've got in a whole new sort of group, this whole new wave of people. I know, realistically, maybe all three of them are not going to make it, but I want my best salesperson teaching them, or this could be my best retention person, whatever the position is. But let's say it's a salesperson.

So say, look, you're going to train them. This is a schedule. These are the hours based on what you think it's going to take for us to help them be great. Obviously, at times you're going to be doing some one on one or some work where they're shadowing you. So again, this is going to have some impact on your production.

Here's what I'm going to do. If this person is still with us in three months, I'm going to give you a bonus. And I'm just going to say that's $100 at the moment, that might be a higher number. It really all depends on the economy. But I'll make the number simple at the moment.

So using that one, two, three and four, that would be $1,000 of extra income you make. If that person's here a year from now and you've been part of a significant part of them, they're training again, you might have different numbers. You might say, wait, my person that is going to do this $1,000 isn't enough to get their attention. They're going to be risking more. Well, then you can do a multiple of that.

What it's acknowledging is, yeah, there's some time it takes for you to train other people but I'm not going to just give you the money because what if the person doesn't make it? Well, then I just gave you money, the person didn't make it, and you went ahead and did your sales anyway. Or maybe you're just not a great trainer. So I want to have something in there again that guarantees that they're not going to suffer a loss, something that allows for a game. And of course, there's so many different ways you can do this.

I know sometimes titles can upset people who don't have that title, but ultimately, what you want to do is create a situation where the day to day work is being done by your team members. And as new team members come in, those people are being trained by your existing best team members, and there's a reward for them to do that effectively. I hope you find this helpful. If you have any questions on this, as always, feel free to reach out to me in a message or send me an email. I look forward to helping you impact more people and make more money and less time.

Do what you do best as you develop the team that helps you do this and create the life and the lifestyle you most desire as you serve your clients. Thanks so much for listening. 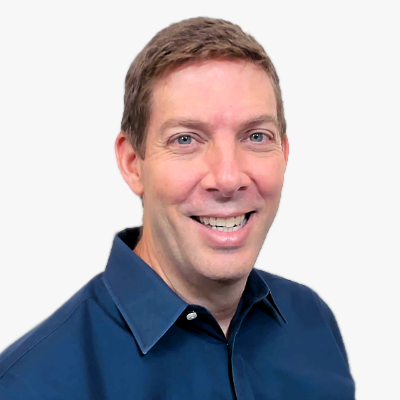